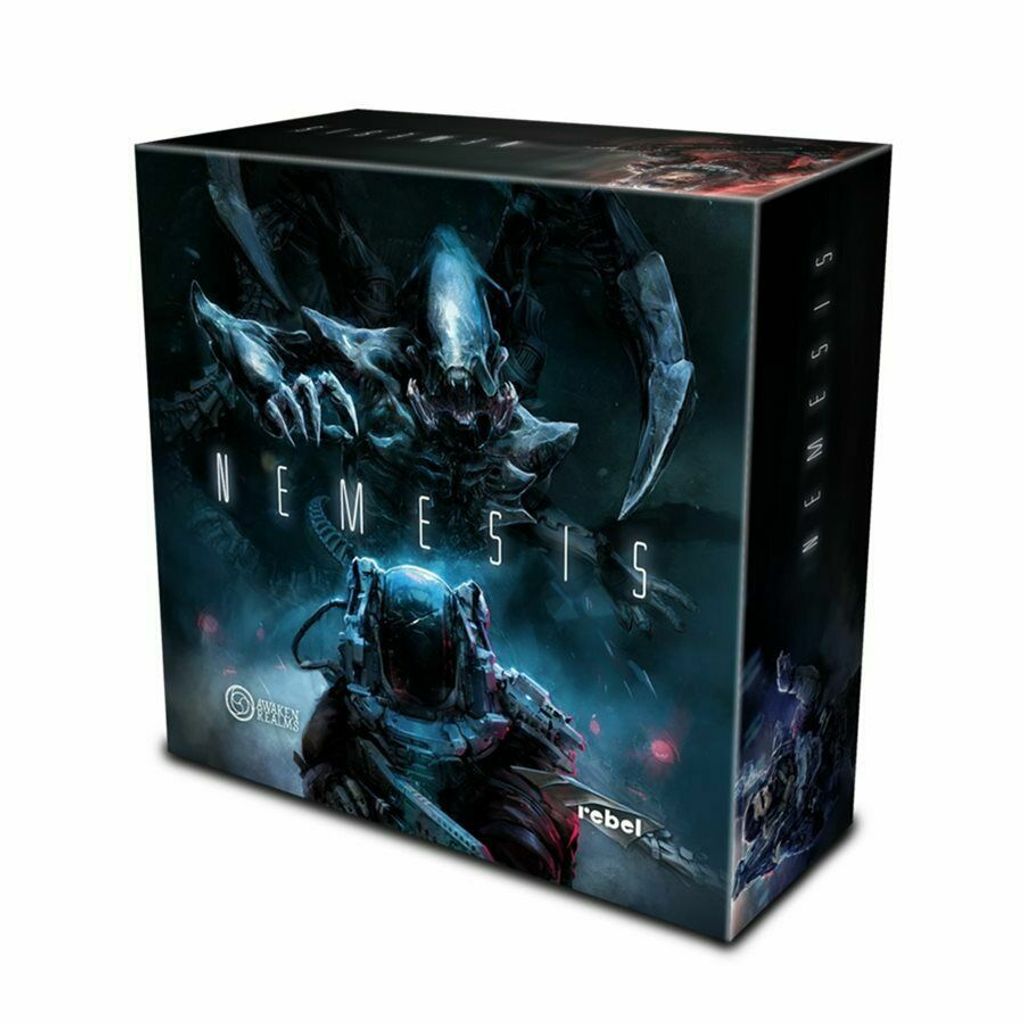 A semi-cooperative SF horror game where you and other crewmembers desperately fight to survive - and fulfill conflicting objectives.

Playing Nemesis will take you into the heart of Sci-Fi survival horror in all its terror. A soldier fires blindly down a corridor, trying to stop the alien advance. A scientist races to find a solution in his makeshift lab. A traitor steals the last escape pod in the very last moment. Intruders you meet on the ship are not only reacting to the noise you make but also evolve as the time goes by. The longer the game takes, the stronger they become. During the game, you will control one of the crew members with a unique set of skills, personal deck of cards, and individual starting equipment. These heroes cover all your basic SF horror needs. For example, the scientist is great with computers and research, but will have a hard time in combat. Soldier on the other hand…

Nemesis is a semi-cooperative game where you and your crew-mates must survive on a ship infested with hostile organisms. To win the game, you will have to complete one of the two objectives dealt to you at the start of the game and get back to Earth in one piece. You will find many obstacles on your way: swarms of Intruders (the name given to the alien organisms by the ship AI), the poor physical condition of the ship, the other players that will have their own agendas and, sometimes, just cruel fate.

The gameplay of Nemesis is designed to be full of climatic moments which, hopefully, you will find rewarding even when your best plans are ruined and your character meets a terrible fate.