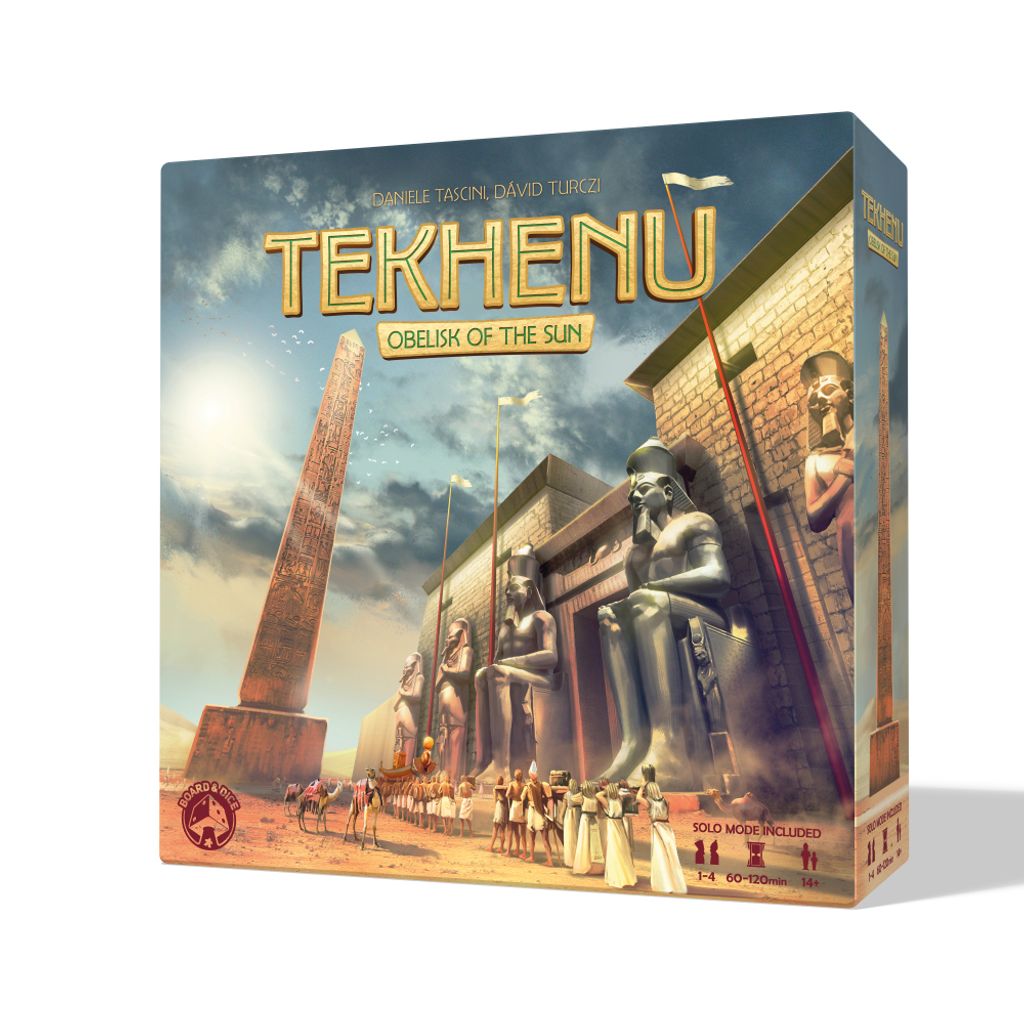 Tekhenu: Obelisk of the Sun (RS)

Four millennia ago on the eastern bank of the Nile river was laid the foundation of the Temple of Amun-Ra. Over the course of two thousand years, the temple complex was gradually expanded and became widely known as "The Most Select of Places" (Ipet-Isut), boasting the largest religious building in the world. Today, the site is known as Karnak, located at Luxor in modern-day Egypt.

Join ancient Pharaohs in creating and growing one of the most impressive sites the world has seen, honoring the Egyptian gods Horus, Ra, Hathor, Bastet, Thoth, and Osiris. You must carefully manage the balance of your actions, preparing for the reckoning by the goddess Maat.

The game board in Tekhenu: Obelisk of the Sun is divided into six sections, each associated with an Egyptian god: Horus, Ra, Hathor, Bastet, Thoth, and Osiris. In the center stands an impressive obelisk (Tekhenu) that casts its shadow onto different parts of the board. As a result, the area around the obelisk is divided into sunny, shaded, and dark sections, depending on how the obelisk casts its shadow at that particular moment. As the game progresses, the sun's rotation alters which sections are sunny, shaded, or dark.